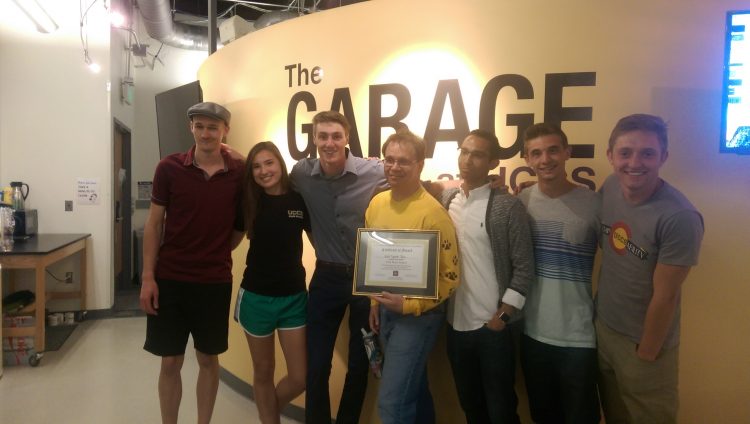 A team of current and former UCCS students took top prize in a California university's business plan competition with their idea to improve parking lot efficiency.

Lot Spot, Inc., the company developed by the UCCS team, earned first place honors in the Chapman University California Dreamin' Entrepreneurial Conference and Competition April 23. The competition drew 30 universities from throughout the nation.

As a result of its win, the seven-member team received a $75,000 investment from IOC Ventures, a California venture capital firm, a $7,000 scholarship from Draper University and $5,000 cash.

Lot Spot began in 2014 when each of the seven members contributed $600. Later, they received a $2,000 grant from the campus Green Action Fund and installed cameras and computers at a campus parking garage. Students used the information generated and posted on a website to find an open parking spot. Lot Spot recently won a contract from the City of Manitou Springs and hopes to expand its product.

For more information about the competition, visit https://blogs.chapman.edu/press-room/2016/04/27/chapman-universitys-california-dreamin-entrepreneurial-conference-and-competition-draws-30-universities-from-across-the-nation/