The Scribe - "Library study stations to be... 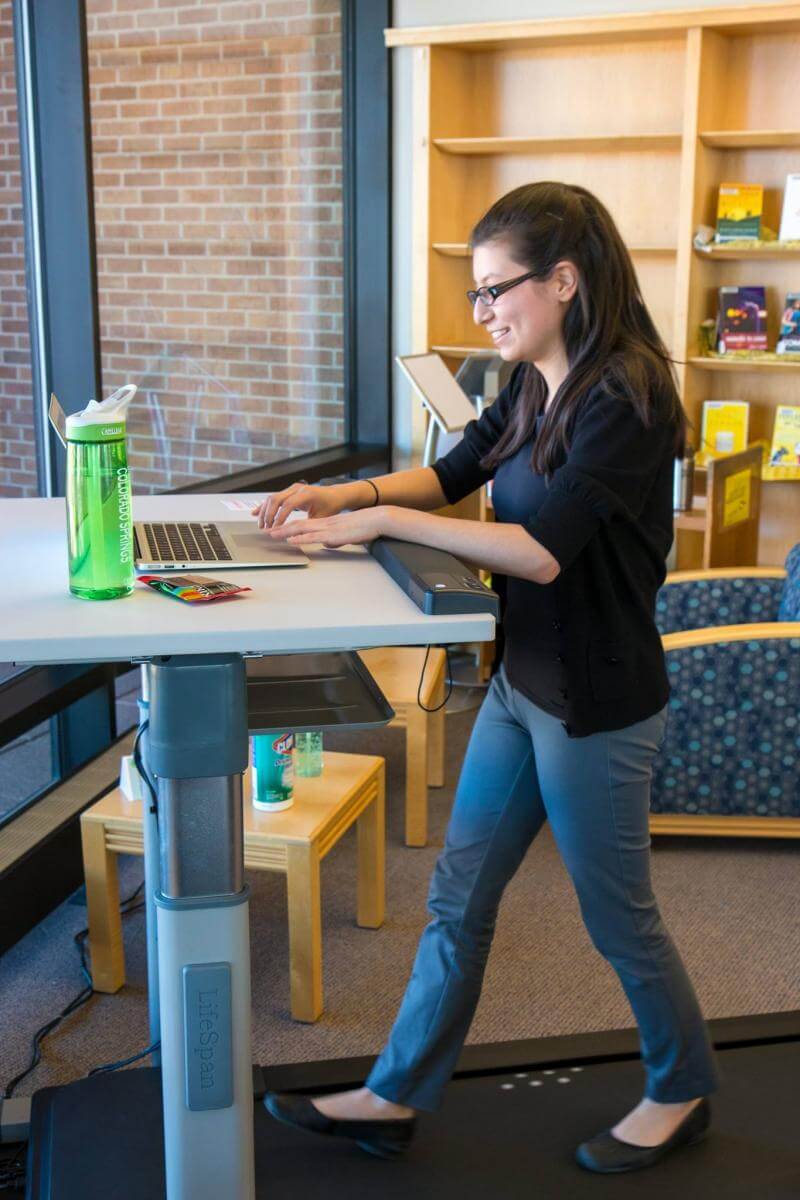 The Scribe - "Library study stations to be...

Library study stations to be installed, promote wellness among students

Students have long been told that a connection exists between physical movement and memory, which can sometimes lead to good study habits.

The Kraemer Family Library will explore this idea with the introduction of two fitness study stations that will be in place March 2 at a launch party from 10-11a.m.

The Green Action Fund and the Kraemer Family Library Team Green are responsible for the integration of the new study stations, including one low-impact stationary bicycle and one treadmill with a maximum speed of 2 mph.

Team Green submitted a proposal to the GAF outlining the purpose and the costs of the machines. The proposal was approved for a grant of $14,999.

This fund was used to purchase the equipment and will cover the cost of future maintenance, as well as provide a small amount of money for marketing.

Julie Galusky, graduate student and GAF project coordinator, explained that the study stations fall under the category of human sustainability.

"One area within the big umbrella of sustainability is human wellness and wellbeing. That's something that a lot of people don't think about in relation to sustainability," said Galusky.

"They think about solar panels, conserving water, conserving energy; those kind of things come to mind the quickest. But there is also the need to sustain human beings. We're part of the eco system as well."

The project is encouraging physical and mental well-being as well as good study habits, according to GAF chairman Alex Greanias.

"Encouraging students to bridge that gap between two different subjects and areas of study, and to be able to bring the best of those two and intersect those two is really cool to see," said Greanias, a junior business major.

Galusky agreed and said, "By doing that you're actually giving your brain a bit of a jump start, a little bit of a spark, (so) you're not falling asleep over your textbooks."

Molly Mulligan, an electronic resources employee of the library and member of Team Green, explained that the bikes were purchased through Fitness Systems, the same local company that supplied the Recreation Center's exercise equipment.

Mulligan also noted that the equipment being installed in the library is not meant for intense exercise.     "I really want to emphasize that we are not billing this as exercise equipment. We want people to know that you don't need special shoes, and you don't need to put on your special workout clothes," said Mulligan.

Mulligan became involved with the project when the associate dean of library, Christina Martinez, sent her an article on other university libraries installing similar study stations.

"I was really excited from the get-go. This Team Green that we have has really gotten involved with sustainability efforts on campus," said Mulligan.

"We have a bike team and try to encourage people who work at the library to bike to work. I just got really excited because biking is one of my interests."

Greanias and Galusky both expressed that they are interested and excited to try the equipment.

"I think it's new and refreshing and a really great incentive for students to study differently while being able to stay active at the same time," said Greanias.

"I have never seen anything like it, so I am very excited to try it. I am very interested to see (if) I absorb information better by doing this," said Galusky.